CLEAIR ESP System are over 95% efficient on mist, smoke and fumes removal to keep the work place clean. Polluted air is drawn by the motor/blowerthrough a washable metallic mesh pre-filter which traps large dust particles oil vapor. The remaining particles in the CLEAIR works on the principle of Electrostatic Precipitation.

The remaining particles, some as small as 0.01 microns, pass into a strong electrical field (ionizing section) where the particulate receives an electrical charge. The charged particles then pass into a collector plate section made up of a series of equally spaced parallel plates.Each alternate plate is charged with the same polarity as the particles, which repel, while the interleaving plates are grounded, which attract and collect . The pollutants are held in these plates until they are washed away.

The resulting discharge air leaves virtually no oil mist, grease or hazardous particles untouched releasing only clean air from the system. Since The ESP cells are washable, reusing the collection cells Eliminates costly filter replacements and disposal which allows for a greener environment and increased operational savings. 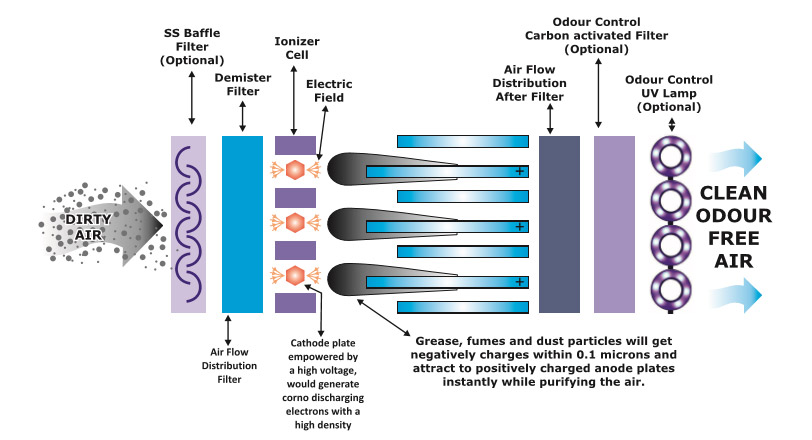 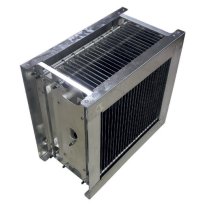